“ A few months ago this experience began, an e-mail, a discernment, some dialogues and, thus, my participation in the Volunteer Program with the La Salle Tabatinga Community became concrete. I arrived with a backpack full of dreams, positive emotions and enthusiasm for sharing the mission in the Triple Frontier. I was received by a community that, from the first communication in the month of December, made me feel at home, expected to share a mission that is God’s and also ours. Diverse cultures and the same goal: to collaborate together in the construction of the Kingdom of God in the Amazon.

There was no time to lose, so the very day I arrived I found myself participating in the Caritas Assembly of the Diocese of Alto Solimões. From the beginning, sharing with very simple people has given me a vision of what this experience will be like, three days discovering concerns, dreams and desires of formation. I admired the ability to respond to the calls of the Church and seek to know, through them, the reality that is lived in this place.

At the end of the week, I was embarking on a canoe to Arara, an indigenous community in Colombia, with the team of the Triple Border Anti-Trafficking Network (TTPN). A diversity of nationalities, different languages, a common dream: the fight against human trafficking in this region, a reality that goes beyond the limits of the imaginable and that must be addressed through prevention, awareness raising and training of communities in the face of threats to the right to life. A welcoming, simple community with many values, among which I highlight the young people who took their time to translate to the elderly, in their native language, everything that was being worked on. This beginning could not have been more promising. Everything that I thought about living in the Amazon is coming true.

We are all focused on Project ALEM, the responsibilities with the parish and the diocese, the activities, the themes for formation in this year that was beginning, and…, the pandemic arrives. What was distant news coming from the Asian continent, began to close borders in the world and, here, there was no exception. 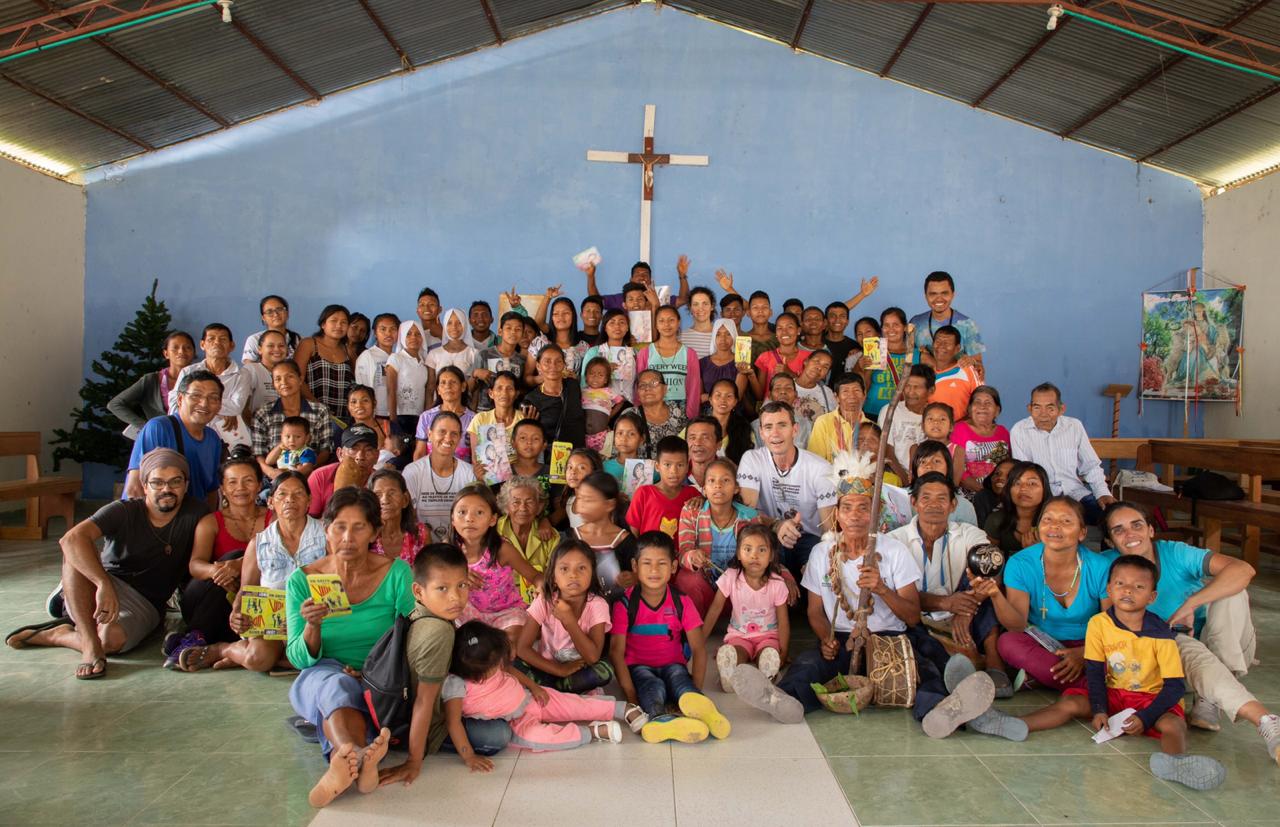 We began to walk in quarantine, with uncertainty about what could happen. The following days were about taking forecasts, following hygiene protocols, working on the planning of each path of the ALEM project. However, the days passed and news of people contracting the virus was being received from the different indigenous communities. We still haven’t left and this time is becoming richer, learning to live in community, deepening our faith, and dreaming of the mission.

In the midst of this reality it is worth highlighting the richness of the charisms present in Tabatinga, the concern and care of the missionaries for one another; the continuity of the work, the participation in virtual formation spaces, to the extent that the internet connection allows; celebrating life and faith with the Lasallian week, the week of the encyclical Laudato Sí, the virtual meetings with other Lasallian communities in Bogota and Porto Alegre as an experience that enriches the sense of belonging to the mission within the Institute.